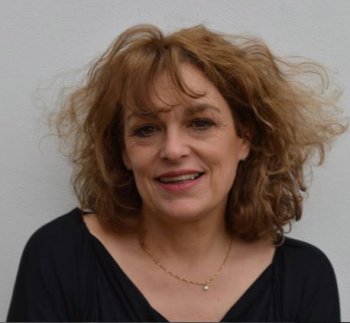 Fiona’s first career was as an actor for ten years doing live theatre and working on film. She worked in theatres up and down the country in plays ranging from Shakespeare to Dario Fo (Nobel Prize winning avant garde writer); and in London’s West End including as part of Ray Cooney’s Theatre of Comedy. Fiona holds the LGSM speech and drama teaching qualification.

Following this she moved into charity events creating and producing programmes of words and music featuring well known writers and performers such as Juliet Stevenson, Emma Thompson, Harold Pinter and Rory Bremner. She produced evenings both in private houses, village halls and in large commercial venues such as The Festival Hall on London’s South Bank. She also co-edited and collated a book of words to give a voice to victims of torture, called Captured Voices (foreword by John McCarthy).

She then took fundraising management roles in charities such as The Medical for the Care of Victims of Torture and Refuge (where she was Director of Fundraising). She was part of the team that set up The Helen Bamber Foundation.

In 2005 she decided to combine her performing, producing and teaching skills to become a trainer and coach. She holds a Senior Development and Executive Coach qualification from the School of Coaching in London, awarded by Strathclyde University.

Soon after setting up her own coaching and training business, Locus Coaching, she started working with young people as a public speaking trainer in secondary and primary schools. She is an associate trainer with Speakerstrust working in London and Essex. In 2010 she gained the award of Winning Trainer for the Jack Petchey Speak Out Challenge. She has also trained pupils in communication skills as part of anti-bullying campaigns with the Diana Award Charity.

Since 2007 she has worked in Enfield borough as Communication skills’ Consultant and Trainer for the School Improvement and Enrichment service. She has run the “Mayor’s Awards” programmes in public speaking and debating in schools throughout the borough, including training days, competitions and master classes. She has also worked with 8 and 9 year olds as part of a lottery funded programme, Grass Roots, to help build up their confidence and aptitude in class in spoken and written work.

Fiona trains teachers in ”Use of Voice in the Classroom”.

She has therefore worked extensively in schools both with gifted and talented pupils to stretch them; and also with those who have been put forward as under-achieving in academic terms as well as in communication. It is through this work that she has come to understand that speaking and listening is not only a vital life-skill that can be easily learnt at an early age to reap benefits in the future, but that being able to speak up and listen impacts positively in many other areas of the curriculum - not the least, literacy.